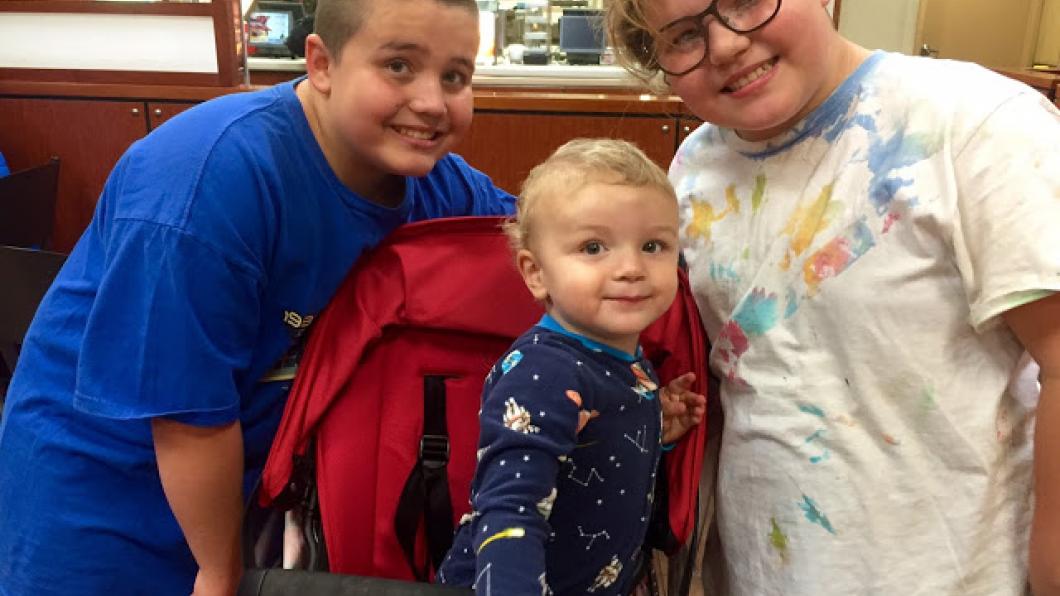 ECHOage Parties - Give Back While Celebrating a Birthday

ECHOage Parties - Give Back While Celebrating a Birthday 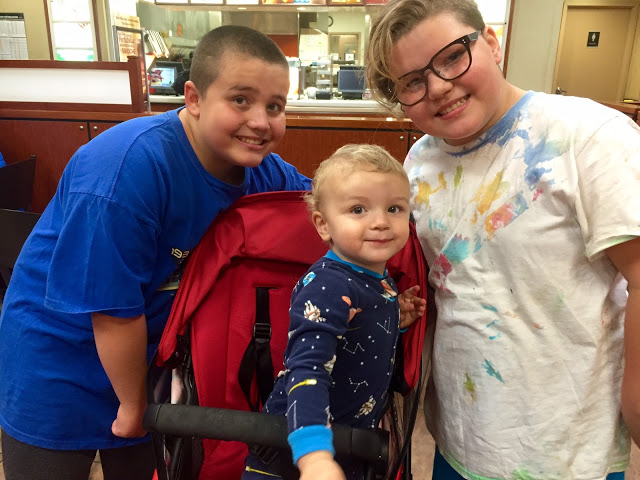 Together, ten-year-old Josh, his twin sister, Leah, and his eight-year-old brother, Aaron, have given more than $2,500 to Holland Bloorview through ECHOage birthday parties.

(In ECHOage parties, rather than bring presents, guests are invited to make an online financial gift. Half of the money goes to Holland Bloorview, and the other half is given to the birthday kid.)

ECHOage party veterans, the trio initially picked different charities for their parties but switched to Holland Bloorview after Josh received treatment for a concussion he sustained at a hockey game.

Two years ago, Josh was flying down the ice on a breakaway when he was tripped and went head over heels before crashing into the boards.

Later that night, he began to feel dizzy and nauseous. His mom, Michelle, recognized the symptoms. (Leah had sustained a concussion the year before and reacted in a similar fashion.)

She took Josh to see his family doctor who diagnosed the concussion and referred him to Holland Bloorview.

“I was really scared,” admitted Josh. “But when I met all the people I was going to work with, they were so nice to me,” he said. “They made me feel at home.”

“I was so impressed with Josh’s evaluation,” she said. “When we came here, we saw a developmental pediatrician. The first time she met him she spent a full hour assessing him and looking him over. It was just on such a different level than anything we had experienced before.”

Still, Josh’s road to recovery was far from easy.

“It was hard for him physically, socially and emotionally,” said Michelle.

Physically, he was coping with his symptoms and forced to accept new limitations, like not being able to play hockey - his favourite thing to do in the world.

Socially, he felt isolated. Attending parties or playing with friends was out of the question, initially.

“There were also emotional ramifications,” noted Michelle, who stressed, “Because it was so hard for him in all these areas, it made the kindness of Holland Bloorview staff all the more appreciated.”

That kindness was especially appreciated when Josh started returning to school.

“It was actually quite a few months before he could do a full day,” said Michelle.

When he first tried to return, the classroom’s lights and loud noises would trigger symptoms. For weeks, he would return home by 11:30 a.m.

He worked with the Holland Bloorview concussion team to make these transitions easier.

“We talked about stages of recovery,” said Josh who was thankful for tips like wearing ear plugs to reduce noise and a hat to protect him from the bright lights. “I felt better because I followed the strategies and I kept on doing what I was supposed to do,” he said.

How does he feel today? “I feel amazing,” he beamed, noting he’s now playing hockey, basketball, baseball and tennis.

“It was such a relief to go somewhere where they took a keen interest in my child,” said Michelle, adding, “I really believe they are at the cutting edge of head injuries in children.”

The gift of giving

Whenever her kids are cutting into a birthday cake, they know they’re helping other kids.

“It feels nice to know that I’m doing something special,” said Leah.

Aaron is quick to point out why he gives to Holland Bloorview, stating, “They helped my brother a lot.”

Aaron has since taken part in the hospital’s baseline testing and early care program – an innovative program that incorporates pre-injury education, research and ties this testing to physician-led care.

“That’s in case I get a concussion,” he said.

“For our family it’s really important to give back,” said Michelle. “Holland Bloorview helped me tremendously at a time when I felt an enormous need for guidance."

“It’s a small gesture,” she continued. “I want my kids to be aware that when an organization has been good to them, they can do something to reciprocate.”

For more information on Holland Bloorview’s ECHOage birthday party program, call Michelle Char at 416-425-6220 x 6102. To get started and host a birthday in support of Holland Bloorview, visit our page on the ECHOage website.