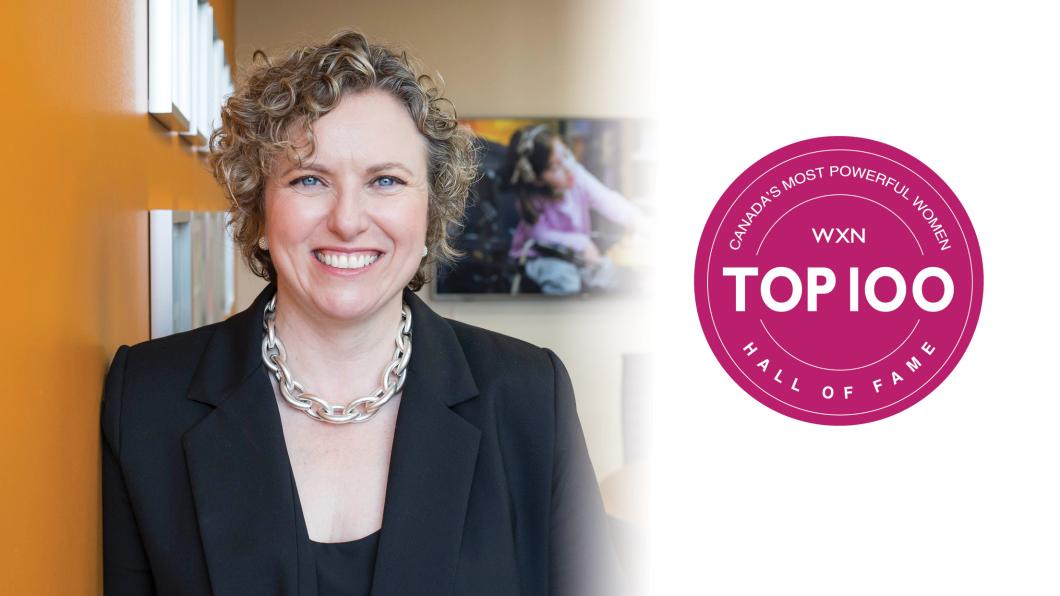 Julia Hanigsberg, president and CEO of Holland Bloorview Kids Rehabilitation Hospital (Holland Bloorview) has again been named one of Canada’s Top 100 Most Powerful Women by Women’s Executive Network (WXN). The award recognizes outstanding women across Canada who advocate for workforce diversity and inspire tomorrow’s leaders. Julia has been recognized by WXN for four consecutive years including as one of three “Most Powerful CEOs” of the year in 2020.

“This recognition and my induction into WXN’s Hall of Fame is an enormous honour,” said Hanigsberg. “Which is second only to the honour of advocating for children, youth and their families, and elevating the voices of other women and equity-seeking groups.”

“When I look at this year’s winners, I see a group of radically authentic women who remind us all of what it means to stand up with courage, for themselves and those around them,” said Sherri Stevens, owner and CEO of WXN. “By recognizing and celebrating the strength, fearlessness, resilience and heart these women demonstrate, we can inspire more of the same in generations to come.”

Since the early days of the COVID-19 pandemic, Julia has been a steady presence for Holland Bloorview’s clients and families, staff, students and volunteers. Her hands-on, compassionate, responsive approach has guided the hospital through some of the most difficult years of its 120-year history.

Julia assumed the role of president and CEO of Holland Bloorview in January 2015 and has since evolved and enhanced the hospital’s role as a leader in pediatric health care. Her achievements to date include: securing funding and partnerships to expand system capacity and serve the complex needs of Holland Bloorview clients; driving social justice for young people with disabilities through the award-winning Dear Everybody campaign;  leading the $32 million expansion of the hospital’s research institute; building a more coordinated system of care for children and their families through the co-founding of the Kids Health Alliance; and engaging the Holland Bloorview community through more than 1,000 touchpoints in the development of a five-year strategic plan.

Julia has also taken our diversity and inclusion work to new heights, creating the hospital’s IDEA Task Force (Inclusion, Diversity, Equity, Accessibility), which has developed and begun executing an organizational plan aimed at addressing systemic racism at Holland Bloorview and beyond its walls.

Women's Executive Network (WXN), a member-based organization, is North America’s #1 and only organization that meaningfully propels and celebrates the advancement of women at all levels, in all sectors, and of all ages. WXN delivers this advancement through training, events, mentoring, networking, and award and recognition programs for members and partners.