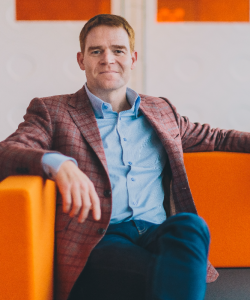 Mr. Smith was appointed Executive Chairman in November 2020 after serving as the Company’s Chief Executive Officer since founding Real Matters in 2004. Under his leadership, Real Matters disrupted the North American appraisal industry and became the largest provider of residential real estate appraisals in the United States. Mr. Smith raised more than $200 million as a private company and completed five acquisitions leading up to Real Matters’ initial public offering in May 2017. Prior to founding Real Matters, Mr. Smith was a founder, director and executive of Basis100, which was one of the largest publicly-traded technology providers within the mortgage banking industry at that time.

With more than 25 years of experience building and leading companies in North America, Mr. Smith is a highly-regarded technology entrepreneur. He was named CIX Innovator of the Year in 2017 and was recognized as Entrepreneur of the Year by E&Y in 2016. Mr. Smith was also inducted into the Canadian Mortgage Hall of Fame in 2014.

Mr. Smith is a member of the advisory board of VERTU Capital and Whitecap Venture Partners. He is also the Board Chair of the Holland Bloorview Kids Rehabilitation Hospital Foundation.