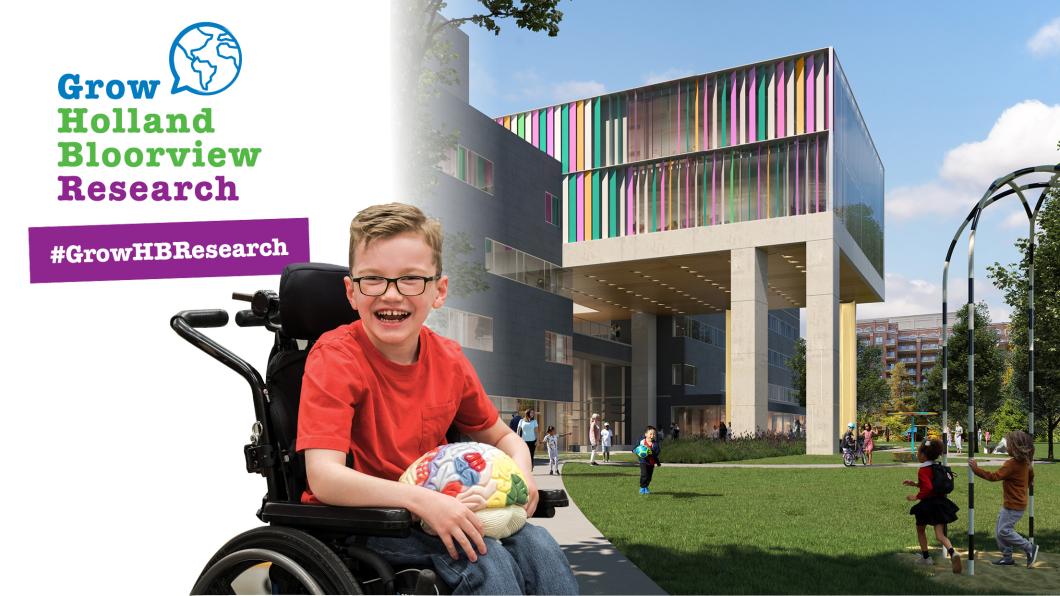 Thanks to the generosity of our donors, the teams at the Bloorview Research Institute (BRI), embedded within Holland Bloorview hospital, can continue to revolutionize and positively impact the world of pediatric disability research.

Holland Bloorview thanks all the donors who have contributed to this impactful campaign.

Thanks to their support, these gifts will aid the BRI in its mission to become the premier centre for child and youth science research globally, while driving cutting-edge discoveries. And in In recognition of the Smith family’s generosity and fundraising, the research tower will be named in their honour.

Thanks to the generosity of our donors, the BRI will:

The BRI is poised to have the highest concentration of childhood disability research in the world.

Together, we can create a world of possibility for kids and youth with disabilities—within our walls and beyond.

At Holland Bloorview we believe in creating a world where all youth and children belong. We are the only children’s rehabilitation hospital in Canada focused on combining world-class care, transformational research, and academic leadership in the field of pediatric disability. Each year we help over 8000 kids and youth with disabilities and complex medical needs access care that focuses on their physical, mental, and emotional well-being, and we power their infinite potential and possibility.